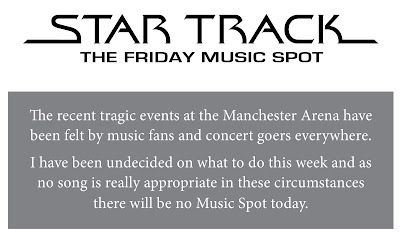 At the request of Margaret - who not only has given over house room to my 300 plus vinyl record collection but has to put up with me going on about its value beyond any emotional attachment and memories provided by three decades of music - so I've been cataloging all the records I own.
She wanted to know the possible value of those albums I've mentioning, so the answer was to set up a spreadsheet for her to see.

Piling through all these old records - the earliest LP was 1962 and the last 1988 - I found numerous tracks I'd not heard in ages. Hundreds in fact. Picking one from a short list I'd jotted down wasn't easy so I've stuck an imaginary needle in the middle and selected this track from 1975. For no better reason than I didn't want to pick something too obscure but something you'd remember also. And this track doesn't sound dated in the slightest… Fleetwood Mac and 'Landslide'. Great song !  the video is just the LP cover, naturally…
… however, https://www.youtube.com/watch?v=WM7-PYtXtJM - this video is 'live' and more recent and shows Stevie Nicks' voice hasn't wavered at all.

There I was on the internet, minding my own business, listening to YouTube playing in the background. My selection had finished and YouTube was now on autoplay and randomly picking songs in a similar vein – when this came on !
I immediately clicked back on YouTube to find this track, that falls into my personal category of "how did I miss this one, first time around"?
It also qualifies the band to be more universally known as 'One-Hit Wonders'! One of the big rock tunes of 1979, 'Driver's Seat' was British band Sniff 'n' the Tears only charted hit.

It reached No.15 on the American Billboard Singles Chart in the fall of 1979 - and featured in the 1997 film 'Boogie Nights'.

If you'd like to watch an alternative video here's the song set to a train journey through Norway…? > https://www.youtube.com/watch?v=uUpELTAQHC4

Part Two - The Return of …!
As intended the second part of my discovery after I'd posted the 'Top 75 Chart'. (See entries below).
My son on seeing this 51-75 chart declared he only recognised one of the tracks. To be fair in the previous Top 50 he'd have been familiar with a good handful. But this did indicate that it had been quite awhile since I'd picked anything from his era for the Friday Music Spot.
Without further ado > The Return of Kerrang!  Every week the magazine would arrive and be devoured by Scott while the TV channel would frequently feature this excellent video from the band Creed. Plus the opening guitar passage was part of Scott's guitar practise routine and he'd play it all the time and idolised Creed's guitarist Mark Tremonti. Those are some of my memories of Kerrang! Here's 'One Last Breath':